Iran announces arrests over downing of plane that killed 176 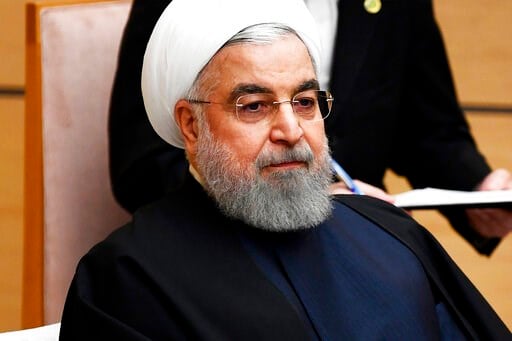 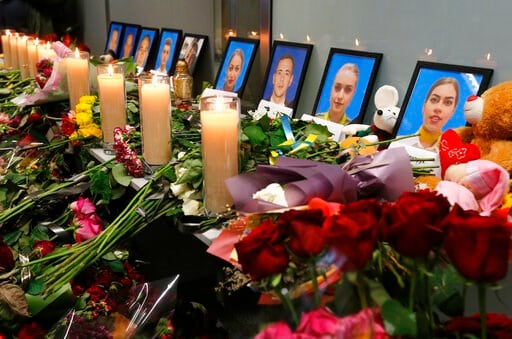 (AP Photo/Efrem Lukatsky). Flowers and candles are placed in front of portraits of the flight crew members of the Ukrainian 737-800 plane that crashed on the outskirts of Tehran, at a memorial inside Borispil international airport outside Kyiv, Ukraine... 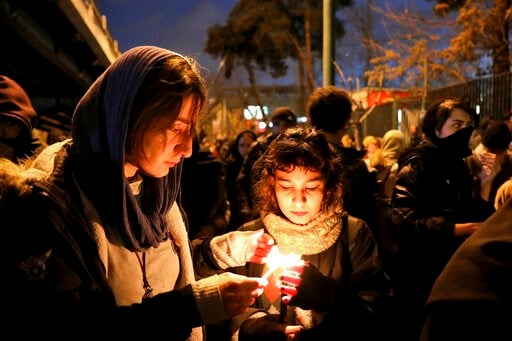 (AP Photo/Ebrahim Noroozi). People gather for a candlelight vigil to remember the victims of the Ukraine plane crash, at the gate of Amri Kabir University that some of the victims of the crash were former students of, in Tehran, Iran, Saturday, Jan. 11... 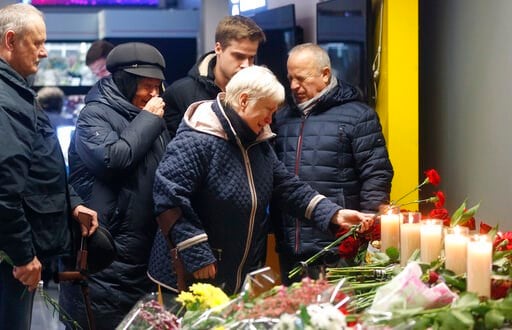 (AP Photo/Efrem Lukatsky). Relatives of one of the flight crew members of the Ukrainian 737-800 plane that crashed on the outskirts of Tehran, stand at a memorial inside Borispil international airport outside Kyiv, Ukraine, Saturday, Jan. 11, 2020. Ukr... 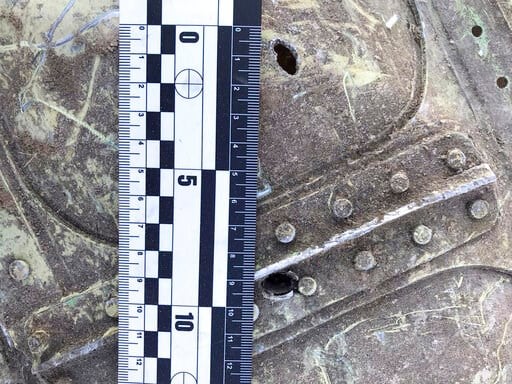 TEHRAN, Iran (AP) - Iran said Tuesday that authorities have made arrests for the accidental shootdown of a Ukrainian passenger plane, which killed all 176 people on board and set off protests in the country demanding accountability after officials initially concealed the cause of the crash.

Iran's Judiciary spokesman Gholamhossein Esmaili said “some individuals" were arrested after “extensive investigations." His statement on the judiciary's website did not say how many people had been detained or name those arrested.

Iran at first dismissed allegations that a missile had brought down the plane, but in the face of mounting evidence officials acknowledged on Saturday - three days after - that its Revolutionary Guard had shot down the plane by mistake as the force braced for a possible military confrontation with the United States.

The plane, en route from Tehran to the Ukrainian capital of Kyiv, was carrying 167 passengers and nine crew members from several countries, including 82 Iranians and 57 Canadians, many of whom were Iranians with dual citizenship. There were several children among the passengers, including an infant.

Iran's president on Tuesday called for a special court with "a ranking judge and dozens of experts" to be set up to probe the incident.

“The responsibility falls on more than just one person," President Hassan Rouhani said in a televised speech, adding that those found culpable “should be punished.”

“There are others, too, and I want that this issue is expressed honestly,” he said, without elaborating.

Rouhani called the incident "a painful and unforgivable” mistake and promised that his administration would pursue the case “by all means.”

“This is not an ordinary case. The entire the world will be watching this court,” he said.

Tensions have been escalating since President Donald Trump pulled the U.S. out of Iran's 2015 nuclear deal with world powers, then reimposed sanctions that had been lifted under the accord.

The deal has quickly unraveled since then, with Iran steadily breaking away from limits on its nuclear program and Europe unable to find ways to keep Tehran committed.

In response, Iran launched ballistic missiles on military bases housing U.S. troops in Iraq to avenge Soleimani's killing. The Ukrainian plane was shot down in Tehran as Iranian forces were on alert for possible U.S. retaliation.

While Rouhani pointed to mistakes and negligence, he also repeated the government's line that the plane tragedy was ultimately rooted in U.S. aggression.

Rouhani called the government's admission that Iranian forces shot down the plane a “first good step.”

He added that Iranian experts who retrieved the Ukrainian plane's flight recorder, the so-called black box, have sent it to France for analysis.

Gen. Amir Ali Hajizadeh, the head of the Guard’s aerospace division, said over the weekend his unit accepts full responsibility for the shootdown. He said when he learned about the downing of the plane, “I wished I was dead.”

The incident raised questions about why Iran did not shut down its international airport or airspace the day it was on alert for U.S. military retaliation.

The shootdown and the lack of transparency around it has reignited anger in Iran at the country’s leadership. Online videos appeared to show security forces firing live ammunition and tear gas to disperse protests in the streets.

Also Tuesday, Iran's judiciary said that 30 people had been detained in the protests, and that some were released, without elaborating further. An Iranian film director who'd called for protests in Tehran's Azadi, or Freedom, Square is among those released.

Iranian authorities briefly arrested British Ambassador Rob Macaire on Saturday evening. He's said he went to a candlelight vigil to pay his respects for the victims of the Ukrainian plane shootdown and left as soon as the chanting began and it turned into a protest.

Iran’s Foreign Ministry summoned the British ambassador on Sunday to protest what it said was his presence at an illegal protest. Britain, in turn, summoned Iran’s ambassador on Monday “to convey our strong objections” over the weekend arrest.

Iran's top prosecutor, Mohammad Javad Montazeri, was quoted in local media Tuesday saying the British ambassador must be expelled from the country as soon as possible.