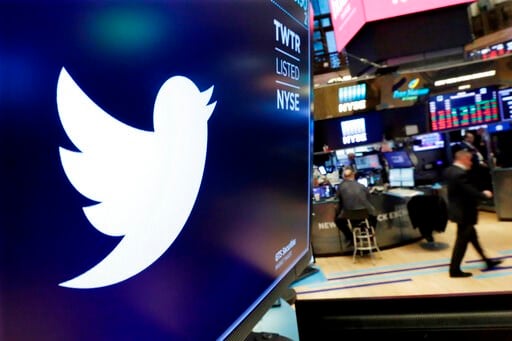 MOSCOW (AP) - A court in Moscow fined Twitter and Facebook 4 million rubles each Thursday for refusing to store the personal data of Russian citizens on servers in Russia, the largest penalties imposed on Western technology companies under internet use laws.

The fines of nearly $63,000 are the first five-figure fines levied on tech companies since Russia adopted a flurry of legislation starting in 2012 designed to tighten the government's grip on online activity.

Commenting on Thursday's court rulings, Roskomnadzor said Twitter and Facebook would be fined 18 million rubles ($283,000) each if they don't comply this year.

Last year, Twitter and Facebook were fined the equivalent of $47 each for violating the same personal data regulation. The punishment had no effect on the two companies, so in December Russian authorities increased the fines.

The law allows online services that don't follow the data storage requirement to be banned from Russia. Only the LinkedIn social network has been blocked so far. It is widely understood that blocking Facebook or Google would elicit too much public outrage for authorities to take the step.