Advocates: Revenue from legal marijuana should benefit victims of war on drugs

By: News 12 Staff
Supporters of the legalization of recreational marijuana gathered outside the office of state Sen. Jim Gaughran in Syosset on Tuesday, saying the time is now for the state to take up the issue just weeks before the budget is due.
What appears to be the biggest sticking point in Albany right now is not whether to legalize it, but how to spend the hundreds of millions of dollars in tax revenues the state is expected to collect.
The rallying advocates say much of it should go to communities hit hardest by drug use and what they consider targeted enforcement of drug laws. 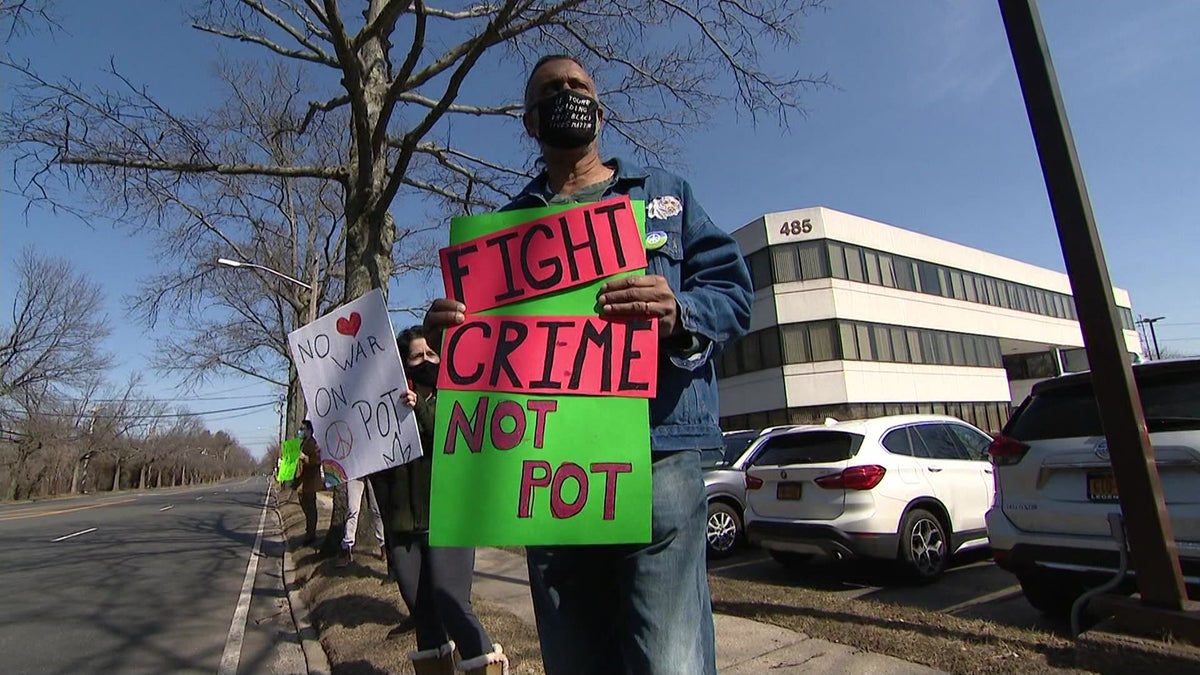 Legalization advocates in Syosset, 3/9/21
Gov. Andrew Cuomo estimates that legalization would bring the state about $350 million a year in tax revenues.
“Freeport, Uniondale, Wyandanch, Central Islip, Brentwood – We also know that these are the communities that require the most resources,” says Nia Adams, of the Long Island Progressive Coalition. “A marijuana justice program with equity provisions would provide those resources.”
Sarika Kumar, of the coalition, says the “war on drugs has disproportionately affected Black and brown communities.”
“When we look at Long Island, we know it's segregated. We know that certain communities have been affected more than others. This is just one way to repair that harm,” she says.
Others who work with those with drug addictions told News 12 that legalization of marijuana could lead to an increase in drug abuse.
“Many of the patients that I've treated over the years who have used cocaine, heroin – some of what we'd call the harder drugs – I would say for a very, very high percentage of them, marijuana was a part of their story,” says Antony Rizzuto, of The Seafield Center.
Some lawmakers are pushing for a separate bill just on the issue of legalizing marijuana and would like to see a vote soon. Others say the issue should be part of the state budget. If that's where it ends up, a vote would take place at the end of the month.
State Sen. Gaughran is currently in Albany. A spokesperson didn't specifically say if he supports legalization of marijuana, saying only that if the bill passes, it should include safeguards such as the ability of counties to opt out of legalization.
Related Stories

Central Islip father thanks medical team that saved his life

Officials: ‘No evidence’ of cancer-causing material at Colonia High School

Ray Liotta, 'Goodfellas' and 'Field of Dreams' star, dies at 67