By: News 12 Staff
News 12 Storm Watch Team meteorologists are tracking the potential for snow arriving in New Jersey by Wednesday morning.
Meteorologist Dave Curren says that Wednesday will most likely be an all-snow event, with limited rain. But he says that the accumulations should be limited. 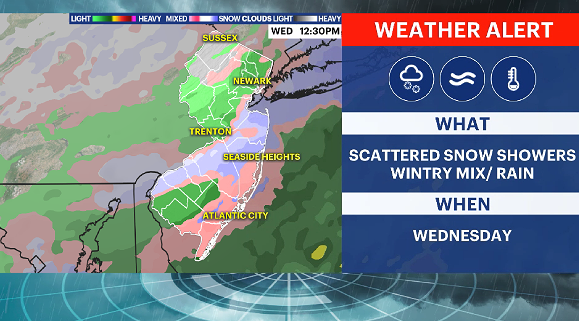 Monday saw above-average high temperatures in the low- and mid-60s. There is the chance for some rain showers early Monday night, followed by partly cloudy skies in the overnight hours. Temperatures will dip into the upper-30s. Wind gusts could reach up to 40 mph. The rain will bring colder temperatures for Wednesday morning. 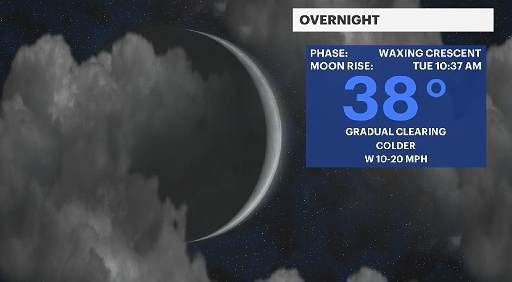 Tuesday will see partly cloudy skies with high temperatures around 42 degrees. Some clouds will remain by Tuesday night, with temperatures dipping into the mid-30s. 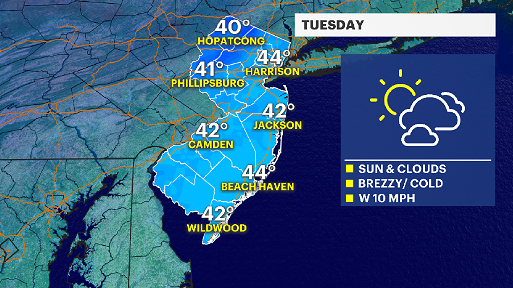 Wednesday will see snow starting in the morning. Accumulations are expected to be low, but Curren says that road conditions may be slick and slippery for the morning commute and into the afternoon. The precipitation should be gone by Wednesday evening. High temperatures are expected to be in the upper-30s, with lows in the upper-20s.
Thursday will see partly cloudy skies in the morning, followed by overcast skies by the afternoon. High temperatures will be colder in the low-40s. Cloudy skies will remain for Thursday night, with lows around 35 degrees.
Temperatures are expected to warm into the low-60s by the weekend, with rain returning. 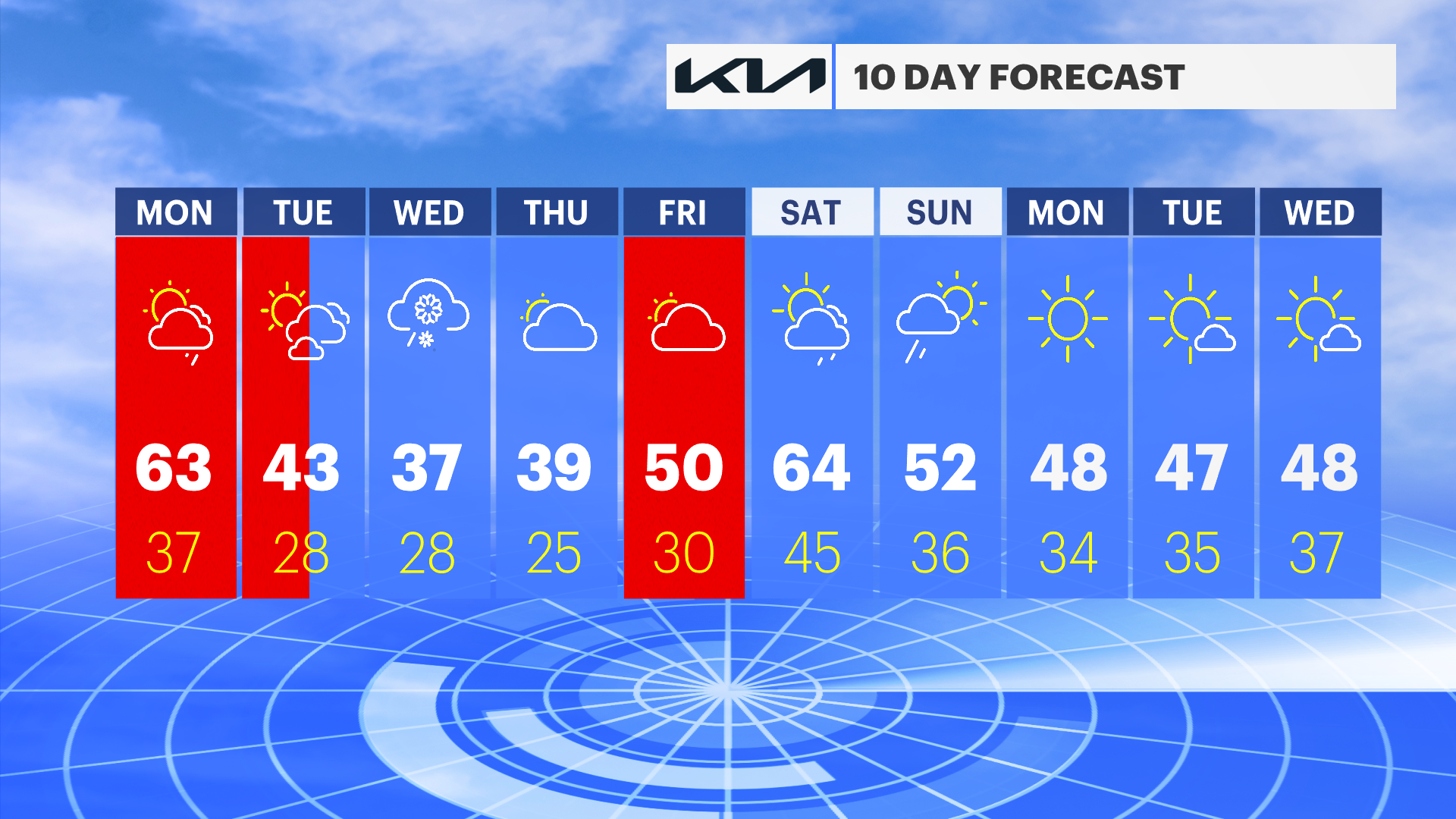 New travel restrictions begin in the US. Here is what you need to know

Omicron variant now in the US. Here’s how airports are stepping up safety precautions