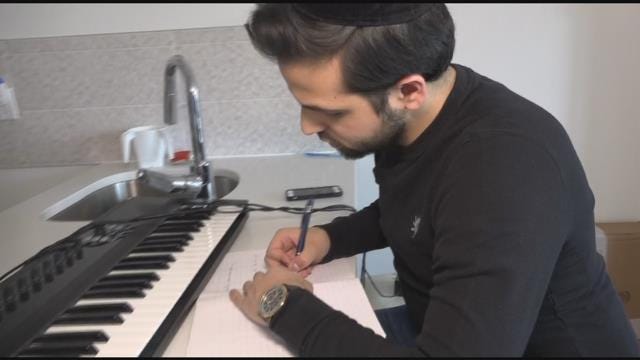 A Crown Heights-based artist has created a song that he hopes will heal after a series of anti-Semitic attacks.
For 11 years, Yoni Zigelboum, or Yoni Z, has created music which he calls “Jewish pop.”

“I want to spread positivity and light, a little bit of light dispels lots of darkness,” says Yoni Z.

His song "Hallelukah" is his first time touching on the serious topic of anti-Semitic attacks. The music video includes a diverse group of characters enjoying a silent rave.

The shooting at a Pittsburgh Synagogue in October was a defining moment for the 27-year-old.

"I felt like just when something is so driven by hate, then the only way to shatter that is with love,” says Yoni Z.

A lesson he says he learned growing up in Crown Heights.

“I've learned from a very young age the importance of acceptance and appreciation for every single person I meet,” he says.

While the song lyrics are in Hebrew and of a spiritual nature, he hopes that people of all backgrounds can enjoy it and embrace it

"Every day we bump into life and to situations that seem so, and we think we're so different from one another but we're not and I think a point that really defines that unifying place in music and through spirituality is God,” says Yoni Z.
Related Stories
Share this story