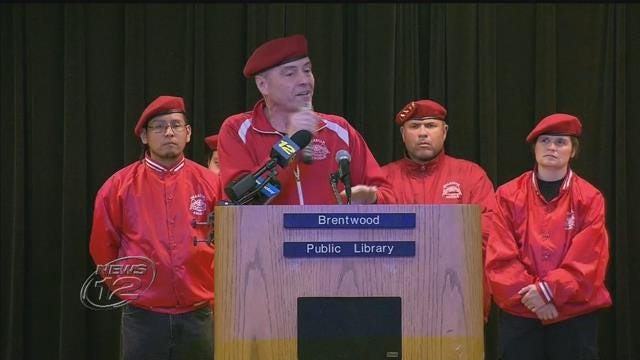 Brooks told News 12 in statement that "Jeff Pravato is resorting to lies and fear mongering to distract from his record of raising taxes. Pravato is just another machine politician who will be a rubber stamp for corrupt party bosses."

Political consultant and pollster Mike Dawidziak says the issue of sanctuary cities is an emotional one, and he's not even sure how it will play out.

“This all gets played out this year under the backdrop of President Donald Trump, where he will be and where his immigration policies will be in November it's a huge unknown,” says Dawidziak.
Brooks is running against Pravato for the 8th Senate District seat in November.
As News 12 Long Island has previously reported, Sliwa has proposed expanding neighborhood watch groups in communities plagued by murders linked to the gang, like Brentwood and Central Islip.
Related Stories
Share this story