Bargainers: Bipartisan deal near on $10B new COVID package 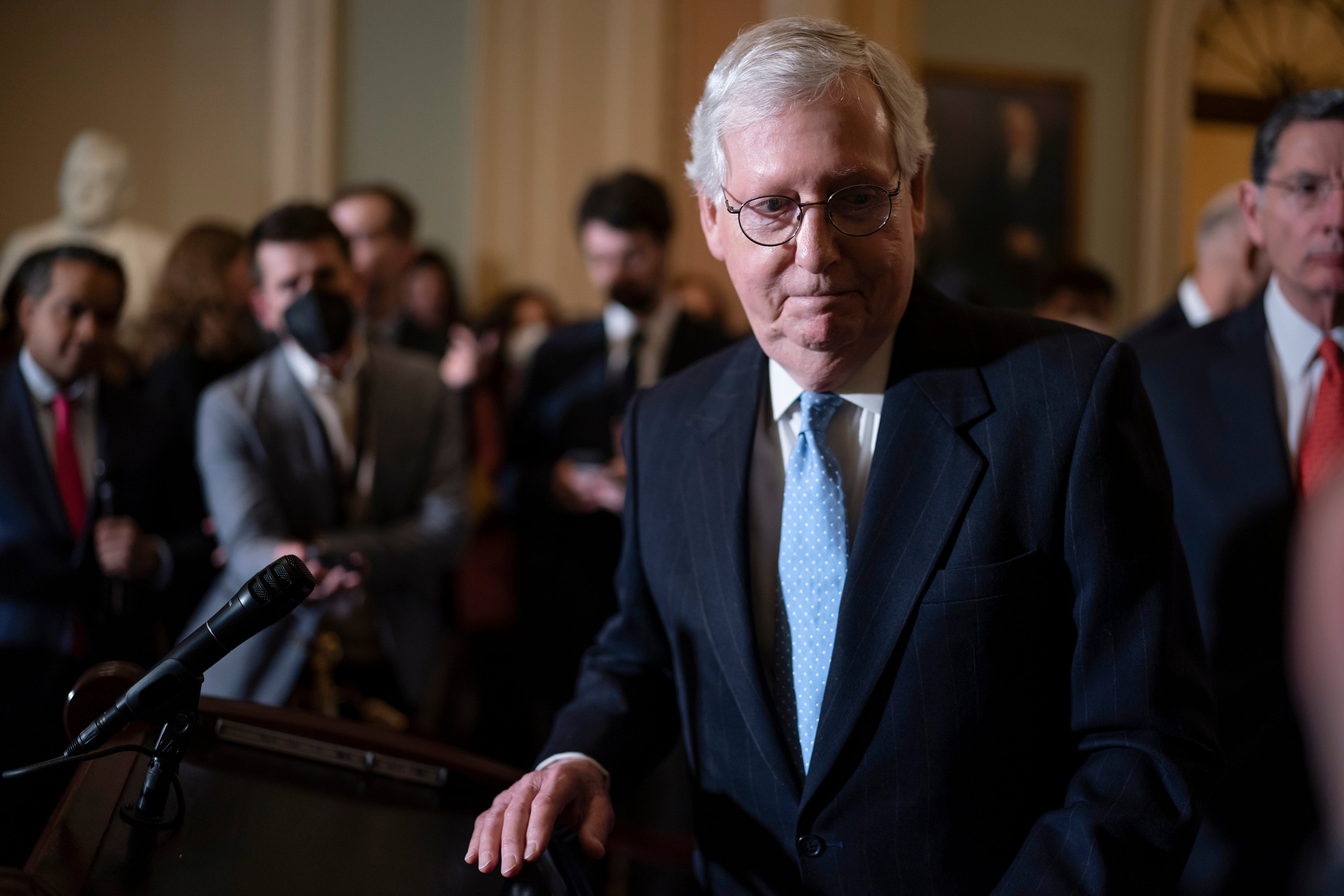 Lawmakers moved to the brink Thursday of shaking hands on a bipartisan compromise to provide a fresh $10 billion to combat COVID-19, a deal that could set up final congressional approval next week.
The price tag was a reduction from an earlier $15.6 billion agreement between the two parties that fell apart weeks ago after House Democrats rejected cuts in pandemic aid to states to help pay for it. With leaders hoping to move the package through Congress quickly, the lowered cost seemed to reflect both parties concluding that finding additional savings soon would be too hard.
The effort, which would finance steps like vaccines, treatments and tests, comes as President Joe Biden and other Democrats have warned the government is running out of money to counter the pandemic. At the same time, the more transmissible omicron variant BA.2 has been spreading quickly in the U.S. and abroad.
“We’ve reached an agreement in principle on all the spending and all of the offsets,” Sen. Mitt Romney of Utah, the lead Republican bargainer, told reporters, using Washington-speak for savings. “It’s entirely balanced by offsets.”
Senate Majority Leader Chuck Schumer, D-N.Y., was more circumspect.
“We are getting close to a final agreement that would garner bipartisan support,” he said on the Senate floor. He said lawmakers were still finalizing the bill’s components and language, and awaiting a cost estimate from the nonpartisan Congressional Budget Office.
Sen. Patty Murray, D-Wash., chair of the Senate health committee and another bargainer, said, “I’m hoping,” when asked about Romney’s assessment.
Once clinched, an agreement would represent a semblance of bipartisan cooperation in battling the pandemic that dissolved a year ago, when a far larger, $1.9 trillion measure proposed by the new president cleared Congress with only Democratic votes. That bill was laden with spending to help struggling families, businesses and communities, while this one is aimed exclusively at public health.
Many Republicans have been willing to go along with the new expenditures but have insisted on paying for it with unspent funds from previous bills Congress has enacted to address the pandemic. In early March, Biden had requested $22.5 billion in new COVID-19 spending, an amount lawmakers gradually whittled down as they negotiated over how to finance it.
Half the $10 billion in the new measure would be used for treatments, said Sen. Roy Blunt, R-Mo., who has helped negotiate the agreement. Top federal health officials would be given wide discretion on spending the rest of it but it would include research and other steps for battling the disease, which has killed around 975,000 Americans and millions across the world.
Romney and others said savings the two parties had agreed to for the new bill would not include the cuts in state assistance that House Democrats had blocked. Blunt said both sides had also agreed to savings that include pulling back an unspent $2.2 billion for aiding closed entertainment venues and more than $2 billion still available for assisting aviation manufacturing.
Romney said the $10 billion might include $1 billion for vaccines, treatments and other support for countries overseas. Blunt said that figure seemed unresolved. One third of the earlier, $15.6 billion measure had been slated to go abroad.
Leaders hope Congress can approve the legislation before lawmakers leave for a spring recess after next week.
Republicans have leverage in the Democratic-controlled, 50-50 Senate because 60 votes are needed to pass most major bills. Romney and Blunt both said they believed a finalized package they described would likely attract significantly more than the 10 GOP votes needed.
Since the pandemic began, Congress has approved more than $5 trillion to address the economic and health crises it produced. Only a small fraction of that has been for public health programs like vaccines.
Earlier Thursday, Senate Republican Leader Mitch McConnell said the measure's price tag seemed to have fallen to $10 billion and Schumer suggested its cost would fall.
“It's still kind of a work in progress, but as of late last night, it appeared as if that would be skinnying down from 15 to 10,” McConnell, R-Ky., said in an interview with Punchbowl News.
Minutes later, Schumer took to the Senate floor and suggested a similar outlook, though he mentioned no figures.
“I’m pleading with my Republican colleagues, join us," Schumer said. “We want more than you do, but we have to get something done. We have to get something done."
Asked if he thought an agreement could be reached before lawmakers' recess, McConnell said, “We'll see. Hope so."
Related Stories

The moments resonating from the Jan. 6 hearings (so far)

Powell: Fed will decide on rate hikes 'meeting by meeting'

See all
2d ago

The New Normal: Should young children get a COVID-19 vaccine? This is what one expert says.

COVID-19 vaccines now being administered for kids in NYC