Toronto’s Auston Matthews won the Hart Trophy as the NHL’s most valuable player on Tuesday night, becoming only the third Maple Leaf to win the award and the first since Ted Kennedy in 1954-55.
The 24-year-old forward received 119 first-place votes in voting by the Professional Hockey Writers Association and finished well ahead of Edmonton’s Connor McDavid and Igor Shesterkin of the New York Rangers for the honor presented during the NHL Awards Show.
“I can’t lie, it feels really good. ... It’s pretty special,” Matthews said, though he conceded there were some bittersweet feelings about accepting the award in Tampa, where the two-time defending champion Lightning and Colorado Avalanche will meet in Game 4 of the Stanley Cup Final on Wednesday.
“There is some angst, wishing you were still playing,” Matthews said.
Shesterkin claimed the Vezina Trophy as the league’s top goaltender. Colorado’s Cale Maker took the Norris Trophy, presented to the league’s best defenseman, and Detroit’s Moritz Seider claimed the Calder Trophy as the top rookie. 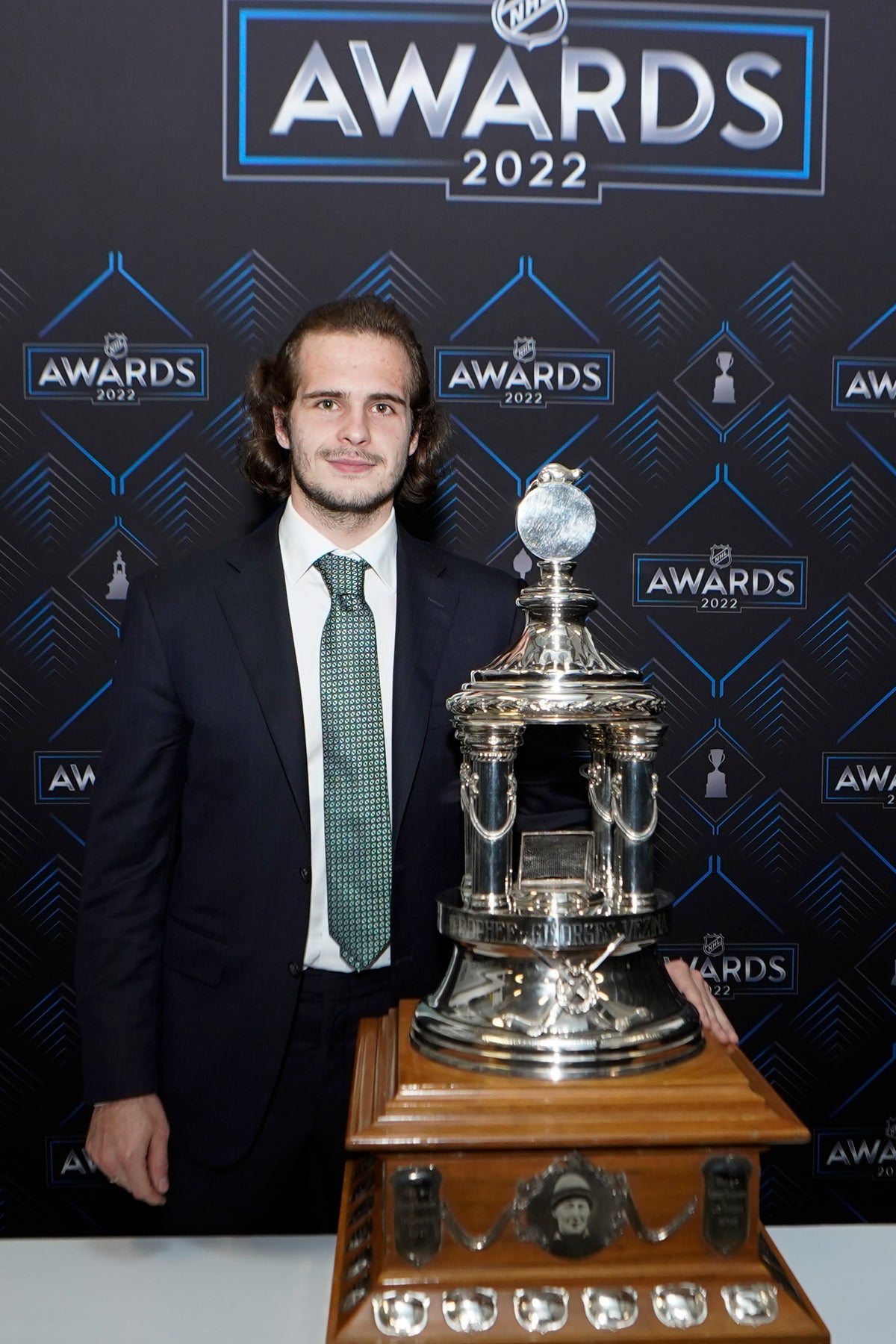 AP Photo/John Bazemore
Matthews became the first player to score 60 goals since Tampa Bay’s Steven Stamkos did it 10 years ago, helping the Maple Leafs (54-21-7, 115 points) set franchise records for wins and points. Toronto lost to the two-time defending Stanley Cup champion Lightning in the first round of the playoffs.
The Maple Leafs star, who posted career bests with 46 assists and 106 points, also took home the Ted Lindsay Award as most outstanding player in the regular season, an honor determined by voting by members of the NHL Players Association.
Shesterkin became the third Rangers goalie in the past 40 years to win the Vezina, joining Henrik Lundqvist (2011-12) and John Vanbiesbrouck (1985-86). He went 36-13-4 with an NHL-best 2.07 goal-against-average and .935 save percentage before leading a playoff run that ended against Tampa Bay in the Eastern Conference final.
Seider is the first Red Wings player to win the Calder Trophy since goalie Roger Crozier during the 1964-65 season. He led all first-year defensemen with 50 points and finished ahead of Toronto’s Michael Bunting and Anaheim’s Trevor Zegras in balloting for the award.
Maker is the fifth defenseman to win Norris within his first three regular seasons, joining Adam Fox, Erik Karlsson, Denis Potvin and Bobby Orr (twice). He led all defensemen with 28 goals while helping the Avalanche finish with a Western Conference-best 119 points (56-19-7).
The 2019-20 Calder Trophy winner beat out Tampa Bay’s Victor Hedman and Nashville’s Roman Josi.
“They are such incredible players,” Maker said of the other Norris finalists. “They pushed me hard all season.”
Calgary’s Jacob Markstrom and Nashville’s Juuse Saros were finalists for the Vezina.
Related Stories