US abortions rise: 1 in 5 pregnancies terminated in 2020 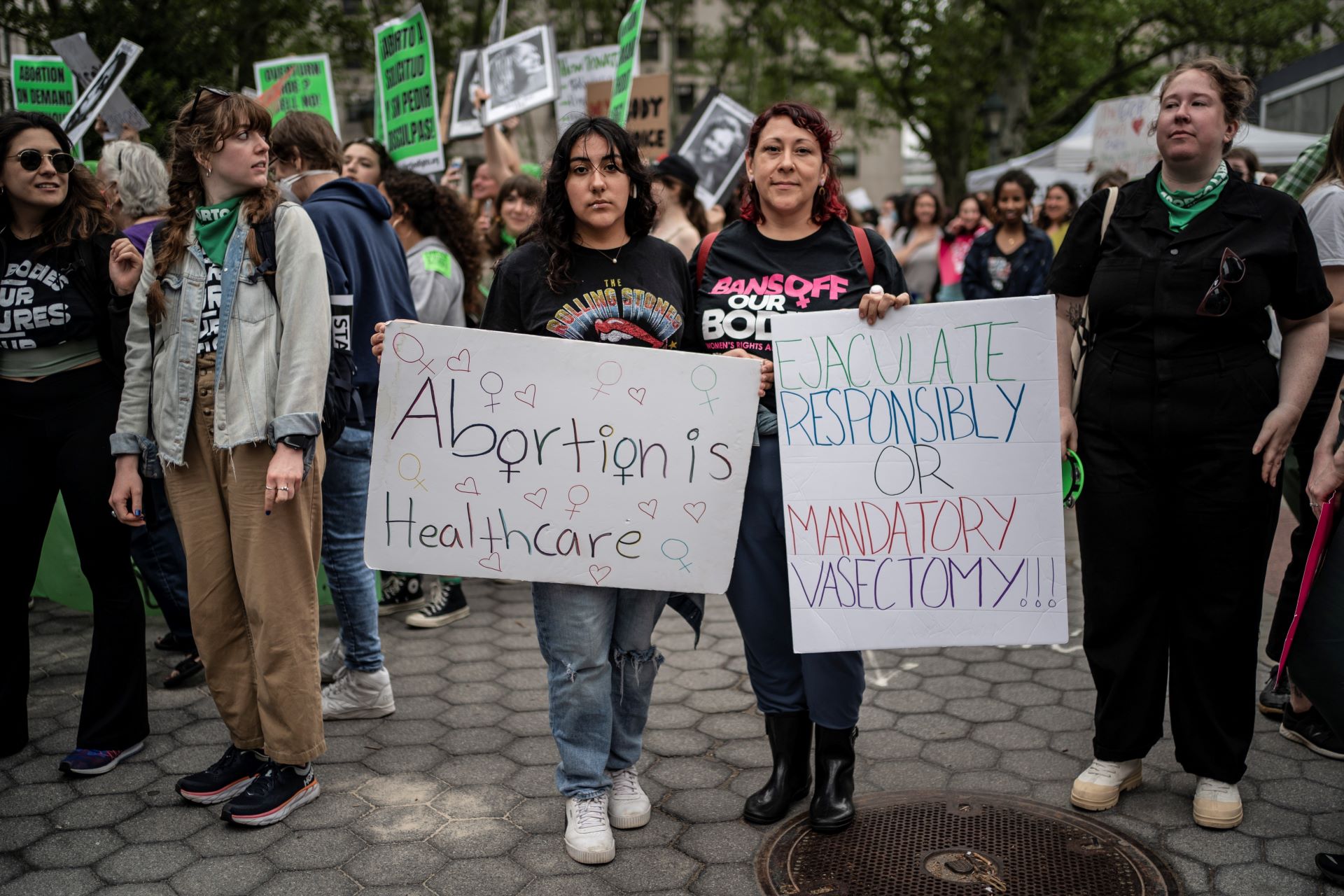 The number and rate of U.S. abortions increased from 2017 to 2020 after a long decline, according to figures released Wednesday.
The report from the Guttmacher Institute, a research group that supports abortion rights, counted more than 930,000 abortions in the U.S. in 2020. That’s up from about 862,000 abortions in 2017, when national abortion figures reached their lowest point since the 1973 U.S. Supreme Court ruling that legalized the procedure nationwide. 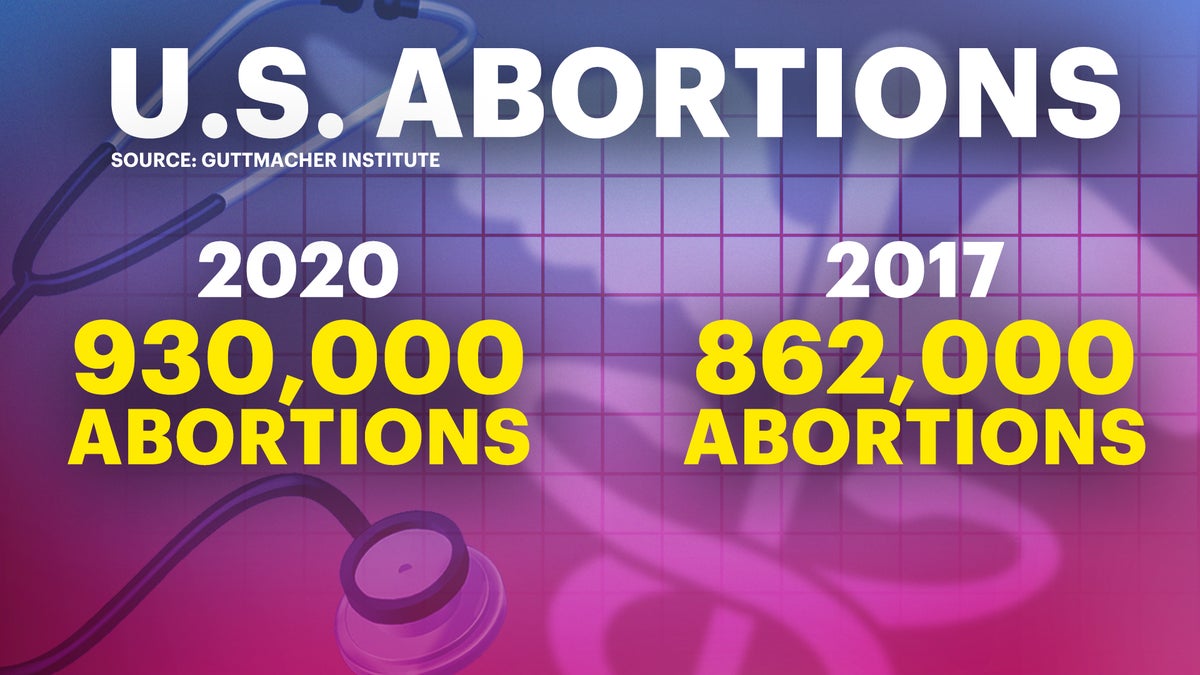 About one in five pregnancies ended in abortion in 2020, according to the report, which comes as the Supreme Court appears ready to overturn that decision.
The number of women obtaining abortions illustrates a need and “underscores just how devastating a Supreme Court decision is going to be for access to an absolutely vital service," said Sara Rosenbaum, a George Washington University health law and policy professor.
Medication abortions, the two-drug combination sometimes called the “abortion pill,” accounted for 54% of U.S. abortions in 2020, the first time they made up more than half of abortions, Guttmacher said. 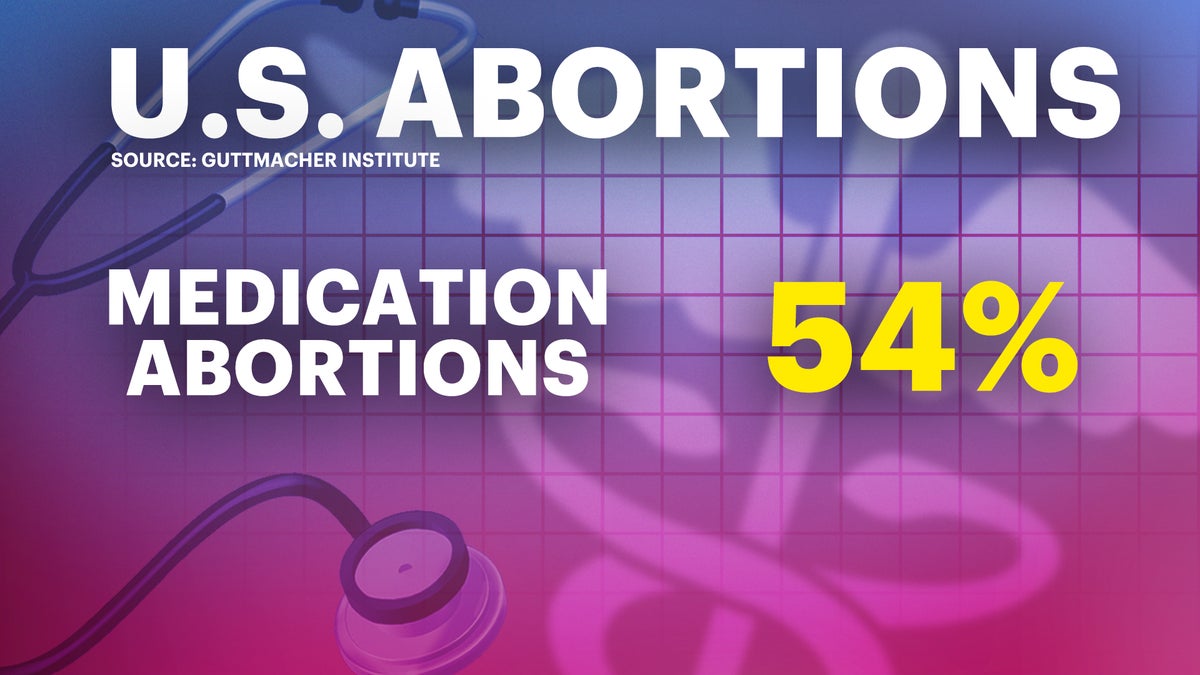 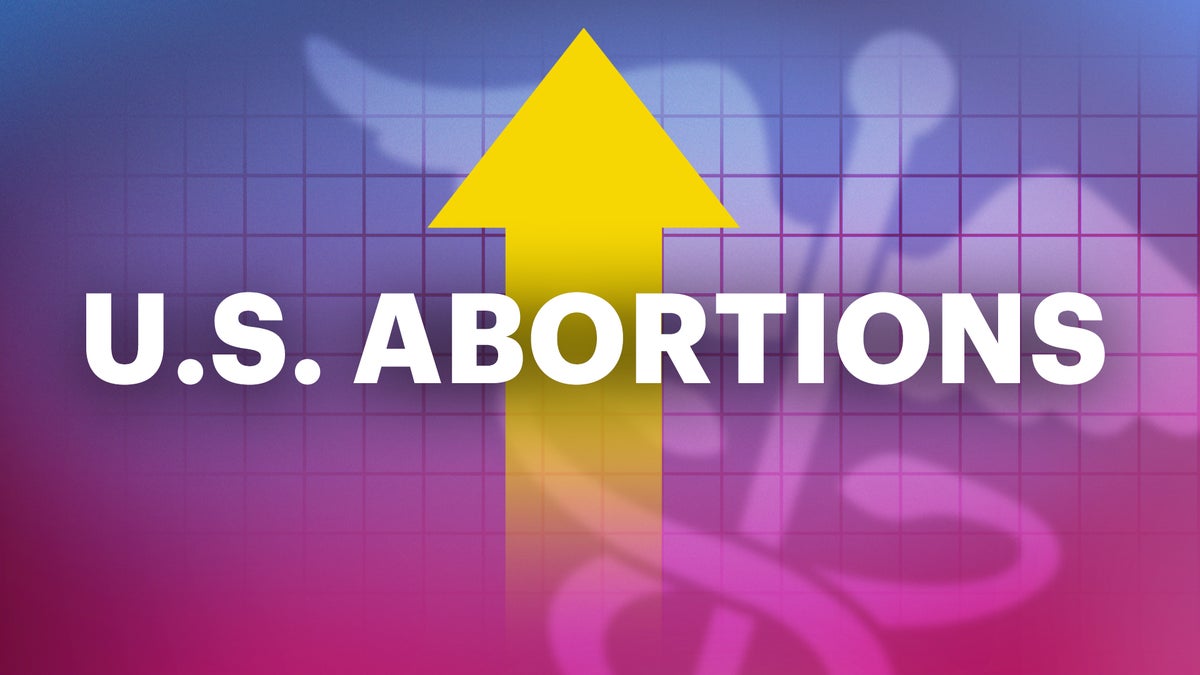 Texas saw a 2% decrease between 2019 and 2020, coinciding with pandemic-related abortion restrictions in the state.
Elsewhere, the pandemic may have limited access to contraception, some experts said, or discouraged women from undertaking all the health care visits involved in a pregnancy.
Yet, abortions already were inching upward before the coronavirus upended people's lives. One contributing factor: Some states expanded Medicaid access to abortion.
Illinois, for example, began allowing state Medicaid funds to pay for abortions starting in January 2018. The state saw abortions increase 25% between 2017 and 2020.
In neighboring Missouri, abortions decreased substantially, but the number of Missouri residents traveling to Illinois for abortions increased to more than 6,500.
“If states are paying for abortions I hope they are also looking at how to support childbirth, so a woman doesn’t think abortion is the best or only option,” said Carol Tobias, president of the National Right to Life Committee, which opposes abortion.
Guttmacher conducts the nation's most comprehensive survey of abortion providers every three years. The tally is considered more complete than data from the Centers for Disease Control and Prevention that omits several states including California, the nation’s most populous state.
In 2020, fewer women were getting pregnant and a larger share of them chose abortion, the researchers found. There were 3.6 million births, a decline since 2017.
The abortion rate in 2020 was 14.4 per 1,000 women aged 15-44, an increase from 13.5 per 1,000 women in 2017.
Abortions increased by 12% in the West, 10% in the Midwest, 8% in the South and 2% in the Northeast.
___
The Associated Press Health and Science Department receives support from the Howard Hughes Medical Institute’s Department of Science Education. The AP is solely responsible for all content.
Related Stories

Middletown students can “Shop with a Cop” for school supplies

Will gas price continue to go lower? Many factors could stop the drop

Sources: Husband stabbed wife, then turned knife on himself at 55+ residence

11-year-old race car driver from Galloway Township beats some of the best US adult racers. Hear his story.