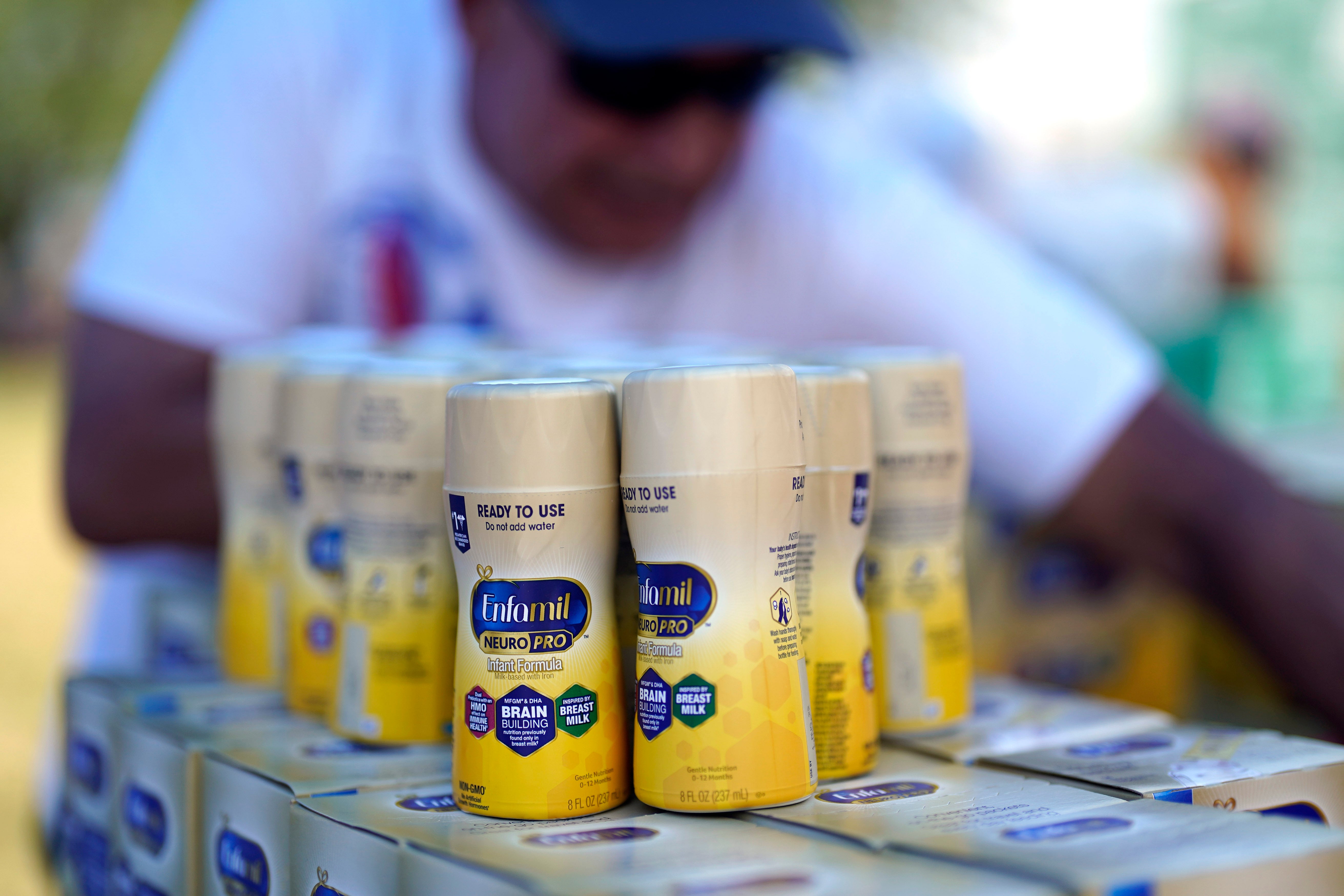 The Biden administration announced Wednesday that it is providing logistical support to import the equivalent of about 16 million 8-ounce baby formula bottles from Mexico starting this weekend, as part of its efforts to ease nationwide supply shortages caused by the closure of the largest U.S. manufacturing plant.
The Department of Health and Human Services is expediting the travel of trucks that will drive about 1 million pounds of Gerber Good Start Gentle infant formula from a Nestlé plant to U.S. retailers, the White House said, nearly doubling the amount imported to the U.S. to date. Cargo flights from Europe and Australia already have brought baby formula into the U.S., including two new rounds of air shipments that begin this weekend.
The White House has been working to make supply more available as it has faced pressure from parents over supply issues after regulators in February shuttered a Michigan plant run by Abbott that is the largest domestic manufacturer of baby formula over safety concerns. The plant reopened on June 4 after the company committed to additional sanitizing and safety protocols, but shuttered again more than a week ago after severe weather caused damage to the plant.
The company said it needs time to assess damage and re-sanitize the factory after severe thunderstorms and heavy rains swept through southwestern Michigan on June 13.
Last month, the Food and Drug Administration moved to ease federal import regulations to allow baby formula to be shipped to the U.S., and Biden authorized the use of the Defense Production Act to provide federal support to move formula from overseas into the U.S.
Wednesday's announcement also includes air shipments of 1.65 million 8-ounce bottle equivalents of Nestlé NAN Supremepro 2 infant formula from Germany to Texas this weekend, and 5.5 million 8-ounce bottle equivalents of Bubs infant formula in two shipments on June 26 and July 5.
The White House says that by June 26, it efforts, dubbed “Operation Fly Formula," will have brought 32 flights and almost 19 million 8-ounce bottle equivalents of infant formula into the U.S.
Related Stories

Riding your bicycle more often? Keep it safe with these 8 tips to prevent bike thefts

Financial help: How one New Jersey resident is turning her talents into side hustles.

Looking for a new job? These 8 tips could help get you hired.

How is inflation affecting commuting costs?