By: News 12 Staff
In a surprising move, the head of New York's highest court will step down after more than six years of overseeing the state court system.
Chief Justice Janet DiFiore says she's ready to move onto the next chapter of her professional life but didn't say what the plans are yet.
DiFiore could have stayed on the bench until 2025 when she would have reached the mandatory retirement age of 70.
Instead, she sent a letter to her colleagues saying she's leaving at the end of August.
"It was a bit of surprise. I don't think anybody had any inkling that she was going to step down," says state Assemblyman Ken Zebrowski.
Her tenure was defined by tackling case backlogs and delivering high-quality court services even during the pandemic, according to her letter.
She served as the Westchester district attorney from 2006 to 2016 before then-Gov. Andrew Cuomo nominated her to the New York Court of Appeals.
Her announcement comes three months after she wrote the majority ruling that found Democrats unconstitutionally gerrymandered congressional and state Senate lines to their benefit.
Despite leading a bench of all Democratic justices, the Court of Appeals has leaned more moderate than the Legislature.
The Supreme Court rulings overturning abortion rights and easing restrictions on concealed carrying guns will likely influence this pick.
Gov. Kathy Hochul has already appointed one judge to the Court of Appeals last year, the rest are made up of Cuomo's picks.
A judicial nomination commission will screen candidates and give seven to Hochul who will choose one to be confirmed by the state Senate. The expectation is this will all take place before the November general election. 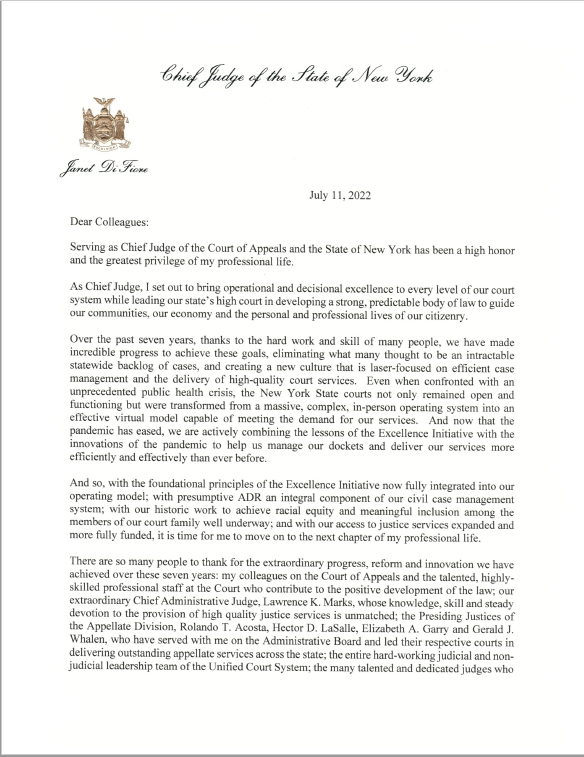 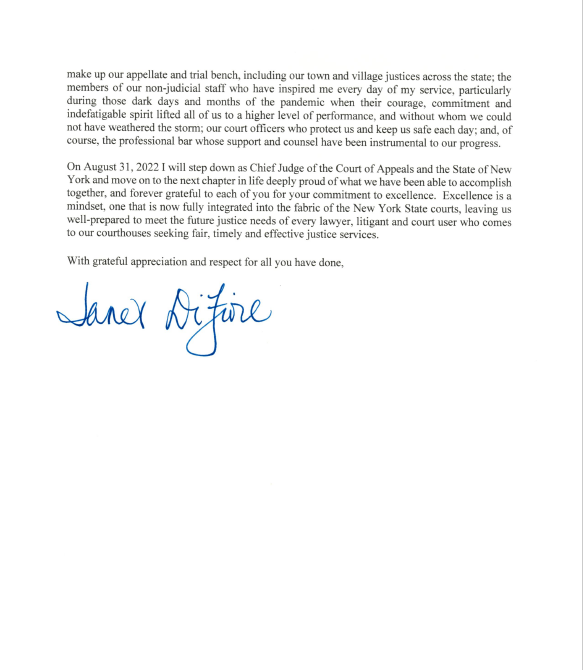 Election 2022 - Take Two: Everything you need to know about the August primary