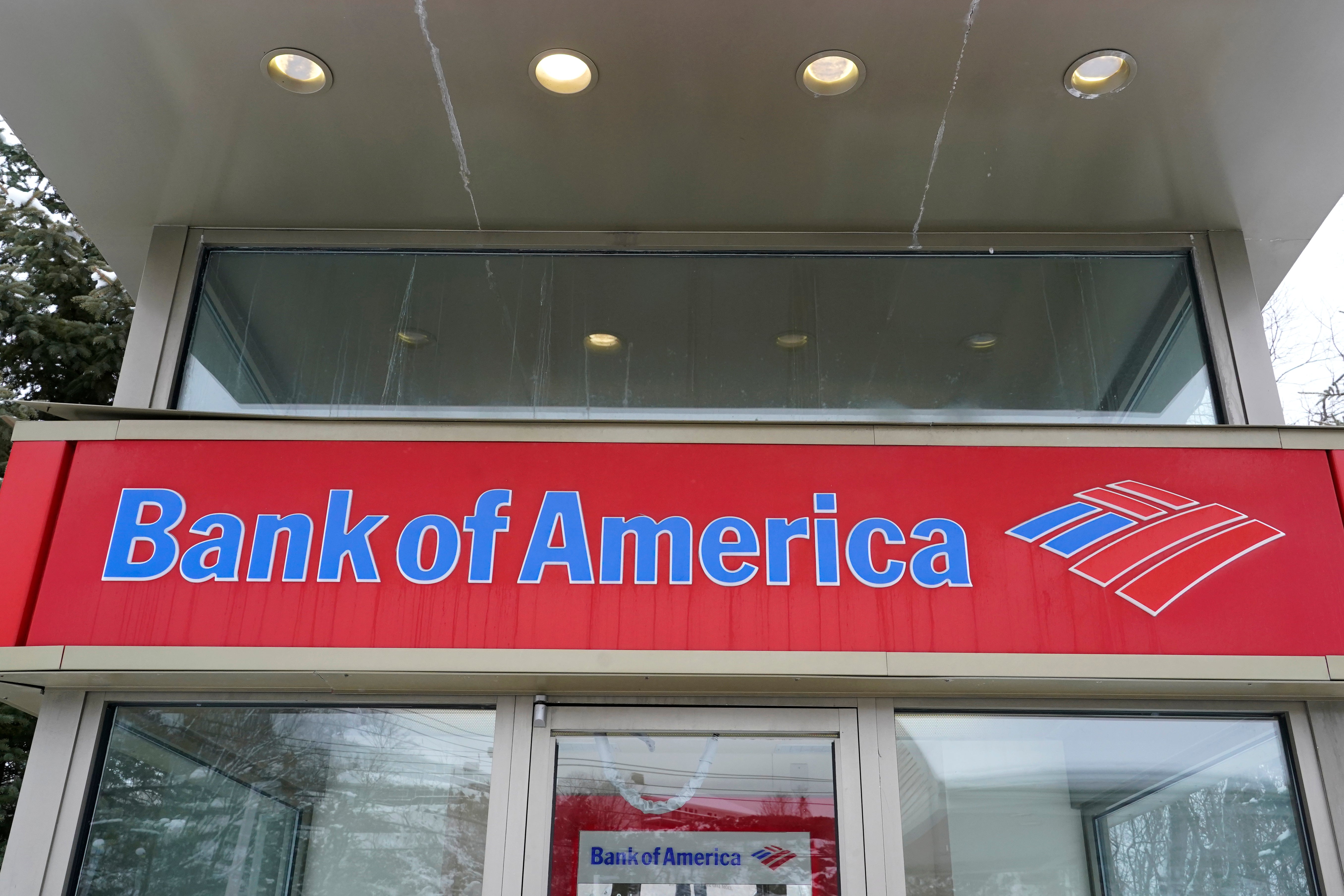 NEW YORK - Bank of America is slashing the amount it charges customers when they spend more than they have in their accounts and plans to eliminate entirely its fees for bounced checks.
It's the latest move by the nation's biggest banks to roll back the overdraft fees they long charged customers, fees that often amount to hundreds of dollars a year for frequent overdraft users.
The bank based in Charlotte, North Carolina, will cut the overdraft fees it charges customers to $10 from $35 starting in May. It will also stop charging fees for non-sufficient funds - which are levied when it rejects a transaction - better known as bouncing a check.
While checks are no longer widely used, NSF fees can come from automated payments like utility bills. Bank of America, the nation’s second-largest bank, says roughly 25% of its overdraft/NSF fee revenue each year came from NSF fees.
Altogether, Bank of America estimates the steps will cut its overdraft-fee revenues by 97% from where they were in 2009, the year before it started taking incremental steps toward reining in overdraft-fee revenues.
“This is the final step in the journey we've been on," said Holly O’Neill, president of retail banking at BofA, in an interview. "We have good financial solutions for clients without them having to rely on overdraft, but we will still have overdraft if it is needed.”
For years, it was common that one large bank would increase the fee it was charging for overdraft, which would cause other banks to respond in kind. It remains to be seen whether the decision by BofA - a leader in the retail banking industry - to cut overdraft fees will pressure other banks to take similar measures.
The bank is also eliminating two smaller fees as well. It will no longer allow customers to overdraft their accounts at the ATM and will eliminate a $12 fee it charged customers when the bank automatically moved money from one account to another to avoid an overdraft, often moving money from a long-term savings account into the customers' primary checking.
Overdraft has its origins in banks providing a service for a fee to customers who may have not balanced their checkbook correctly and wanted a bank to honor a purchase. But the widespread use of debit cards changed this courtesy into a routine source of revenue for banks. If a customer lacked funds in their account, a $5 coffee could end up costing $35 because of overdraft fees.
Overdraft fees became lucrative for the industry but at the same time made banks a target for consumer advocates and regulators. After the financial crisis, Democrats put the Consumer Financial Protection Bureau and other regulators in charge of reining in overdraft fee revenue.
For years, BofA has slowly cut back on its overdraft fee practices. It got rid of overdraft fees tied to debit card purchases in 2010 and created a checking account in 2014 that did not allow customers to overdraft. The SafeBalance account is now the bank's most commonly opened account.
But BofA and the broader industry were not ready to get rid of overdraft fees altogether until recently. Many banks froze the fees they charged customers during the first year of the pandemic and industry still booked record profits.
So starting in 2021, some larger banks started announcing they were dropping overdraft fees entirely. Ally Bank, PNC, Santander and Capital One were among the bigger regional banks to effectively eliminate overdraft fees.
By KEN SWEET
Related Stories
10h ago

Millennial Money: What to do if you buy now, can't pay later

Do you constantly reuse the same username and password? 6 steps to help safeguard your online accounts

6 things to do right after losing your job

4 ways employees and employers save as more people work remotely

9 tips on filing for unemployment