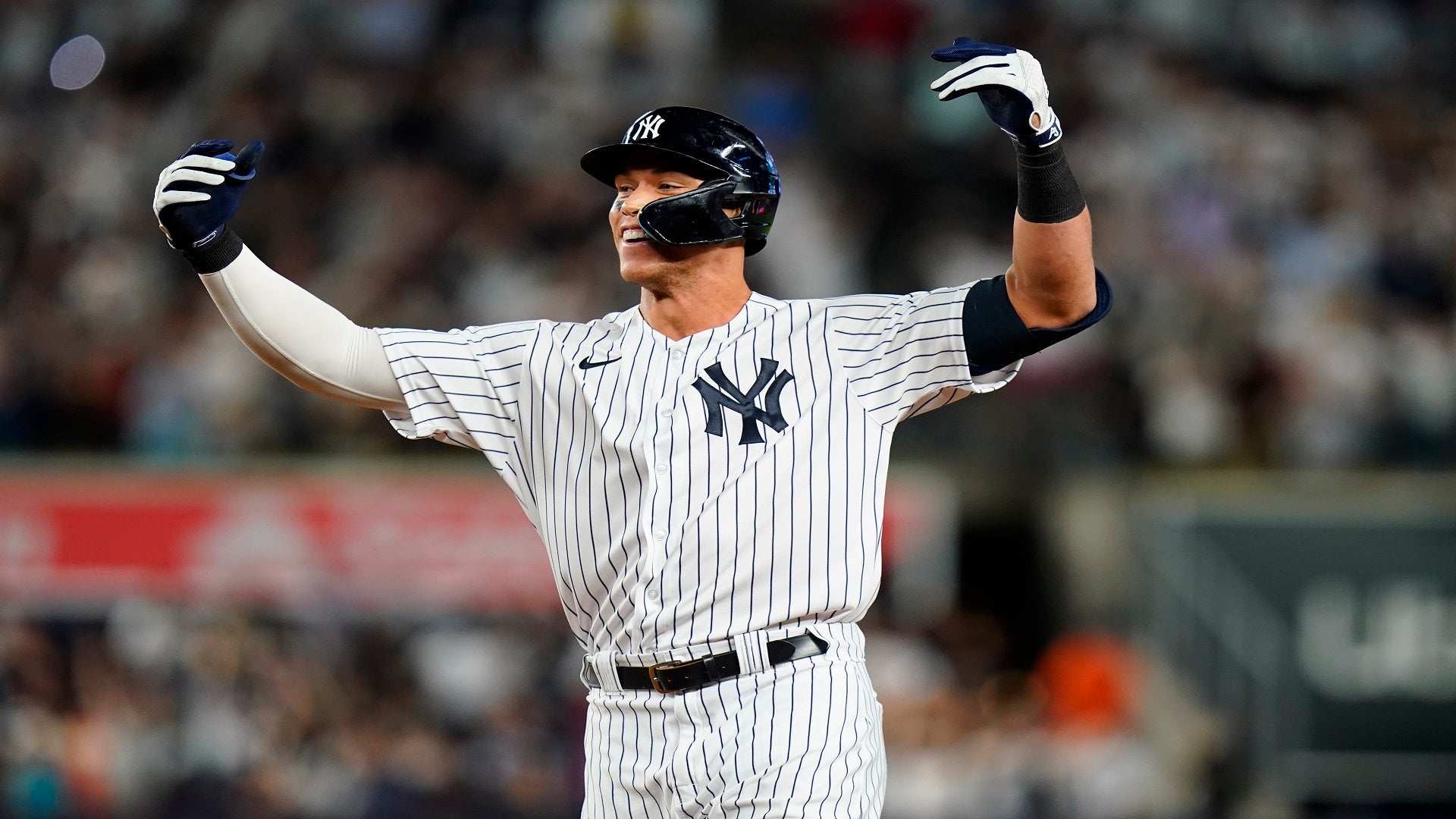 Aaron Judge and the New York Yankees avoided an arbitration hearing Friday by agreeing to a $19 million, one-year contract, a deal that leaves the slugger on track to become a free agent after the World Series.
Unable to agree to a long-term deal in talks that ended on opening day, the sides split the difference between the proposed arbitration figures they exchanged on March 22: $21 million by Judge and $17 million by the Yankees.
Judge can make an additional $500,000 in award bonuses: $250,000 for MVP and $250,000 for World Series MVP.
“Excited that that’s that’s behind us and we can leave that portion of the show alone,” Yankees manager Aaron Boone said.
Telephone talks resumed this week, and the sides reached the deal just before they were to exchange written evidence they intended to present during a Zoom hearing before a three-person panel scheduled to start at noon EDT.
The slugging outfielder is in the midst of perhaps his best season, batting .304 with a major league-leading 27 homers and 53 RBIs in 68 games. On track for his fourth All-Star selection in seven big league seasons, he hit a game-winning single during Thursday night's 7-6 come-from-behind victory over defending AL champion Houston.
Judge has helped power the Yankees to a major league-best 52-18 record, New York's best through 70 games since 1939 and the best among all big league teams since the 2001 Seattle Mariners. He also has shifted from right field to become the Yankees' primary center fielder.
No statistics or evidence from after March 1 were admissible other than contract and salary comparisons, timing set when Major League Baseball and the players’ association agreed to the deal that ended the lockout.
Judge batted .287 with 39 homers and 98 RBIs last season,.
Related Stories
2h ago

AP source: Durant reiterates desire to be traded by Brooklyn

Are the Giants and Jets Improved?

See all
2h ago

Serena Williams says she is 'evolving away from tennis'

AP source: Durant reiterates desire to be traded by Brooklyn