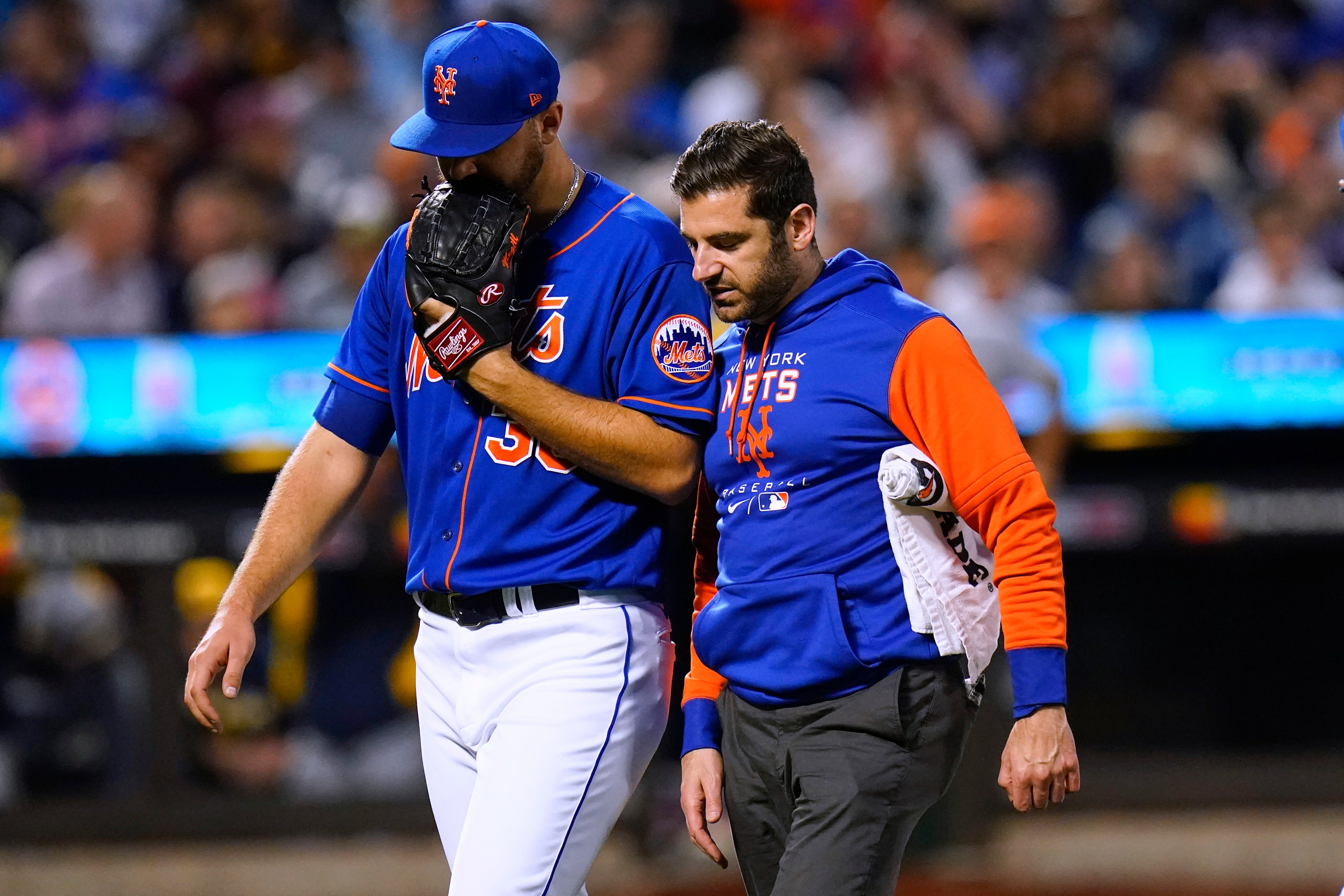 Mets pitcher Tylor Megill won't throw for four weeks because of a strained right shoulder while infielder Eduardo Escobar rejoined the team Friday after having hospital tests for an unspecified “non-workplace event.”
Megill was put on the injured list for the second time this season, a day after he started against Milwaukee. The NL East leaders already had aces Jacob deGrom and Max Scherzer out with injuries.
New York manager Buck Showalter said Escobar was available off the bench for the series opener against Miami and likely would be back in the starting lineup for Saturday’s game.
“He’s had quite the night — not working on a whole lot of rest, but finally got through with all the testing,” Showalter said.
As he did Thursday, when he cited privacy laws, Showalter said he couldn’t discuss the symptoms that sent Escobar to the hospital with or any potential diagnosis. There were multiple reports that Escobar had issues with his vision and dizziness.
Showalter said he was in constant contact with team trainers throughout Thursday night’s game against the Milwaukee Brewers before he exchanged texts with Escobar during the overnight hours.
“I was just concerned about him during the game,” Showalter said. “They did every test known to man to basically rule stuff out.”
Megill, who left Thursday’s game after 3 1/3 innings, was put on the 15-day injured list.
Megill missed four weeks with right biceps tendinitis before returning last Friday.
Related Stories