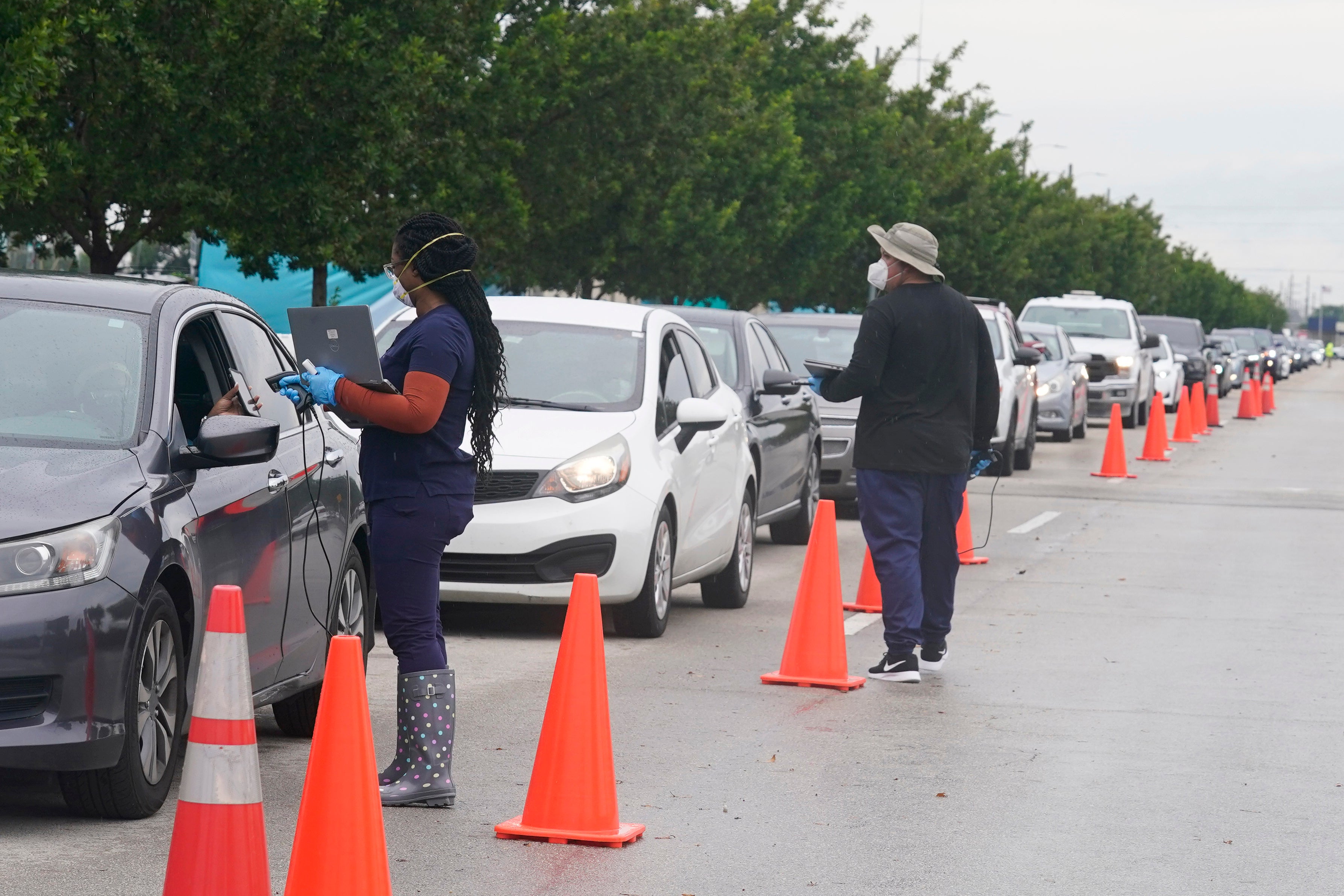 Scientists are seeing signals that COVID-19′s alarming Omicron wave may have peaked in Britain and is about to do the same in the U.S., at which point cases may start dropping off dramatically.
CORONAVIRUS COVERAGE
The reason: The variant has proved so wildly contagious that it may already be running out of people to infect, just a month and a half after it was first detected in South Africa.
“It’s going to come down as fast as it went up,” said Ali Mokdad, a professor of health metrics sciences at the University of Washington in Seattle.
At the same time, experts warn that much is still uncertain about how the next phase of the pandemic might unfold. The plateauing or ebbing in the two countries is not happening everywhere at the same time or at the same pace. And weeks or months of misery still lie ahead for patients and overwhelmed hospitals even if the drop-off comes to pass.
“There are still a lot of people who will get infected as we descend the slope on the backside,” said Lauren Ancel Meyers, director of the University of Texas COVID-19 Modeling Consortium, which predicts that reported cases will peak within the week.
The University of Washington’s own highly influential model says the number of daily reported cases in the U.S. will crest at 1.2 million by Jan. 19 and will then fall sharply “simply because everybody who could be infected will be infected,” according to Mokdad.
In fact, he said, by the university’s complex calculations, the true number of new daily infections in the U.S. — an estimate that includes people who were never tested — has already peaked, hitting 6 million on Jan. 6.
In Britain, meanwhile, new COVID-19 cases dropped to about 140,000 a day in the last week, after skyrocketing to more than 200,000 a day earlier this month, according to government data.
Kevin McConway, a retired professor of applied statistics at Britain’s Open University, said that while cases are still rising in places such as southwest England and the West Midlands, the outbreak may have peaked in London.
The figures have raised hopes that the two countries are about to witness what happened in South Africa, where the wave crested at record highs and then fell significantly about a month later.
“We are seeing a definite falling-off of cases in the U.K., but I’d like to see them fall much further before we know if what happened in South Africa will happen here,” said Dr. Paul Hunter, a professor of medicine at Britain’s University of East Anglia.
Differences between Britain and South Africa, including Britain’s older population and the tendency of its people to spend more time indoors in the winter, could mean a bumpier outbreak for the country and other nations like it.
On the other hand, British authorities’ decision to adopt minimal restrictions against Omicron could enable the virus to rip through the population and run its course much faster than it might in Western European countries that have imposed tougher COVID-19 controls, such as France, Spain and Italy.
Shabir Mahdi, dean of health sciences at South Africa’s University of Witwatersrand, said European countries that impose lockdowns won’t necessarily come through the Omicron wave with fewer infections; the cases may just be spread out over a longer period of time.
On Tuesday, the World Health Organization said there have been 7 million new COVID-19 cases across Europe in the past week, calling it a “tidal wave sweeping across the region.” WHO cited modeling from Mokdad’s group that predicts half of Europe’s population will be infected with Omicron within about eight weeks.
By that time, however, Hunter and others expect the world to be past the Omicron surge.
“There will probably be some ups and downs along the way, but I would hope that by Easter, we will be out of this,” Hunter said.
Still, the sheer numbers of people infected could prove overwhelming to fragile health systems, said Dr. Prabhat Jha of the Centre for Global Health Research at St. Michael’s Hospital in Toronto.
“The next few weeks are going to be brutal because in absolute numbers, there are so many people being infected that it will spill over into ICUs,” Jha said.
Mokdad likewise warned: “It’s going to be a tough two or three weeks. We have to make hard decisions to let certain essential workers continue working, knowing they could be infectious.”
Omicron could one day be seen as a turning point in the pandemic, said Meyers, at the University of Texas. Immunity from all the new infections, along with new drugs and continued vaccination, could render the coronavirus something with which we can more easily coexist.
“At the end of this wave, far more people will have been infected by some variant of COVID,” Meyers said. “At some point, we’ll be able to draw a line — and Omicron may be that point — where we transition from what is a catastrophic global threat to something that’s a much more manageable disease.”
That’s one plausible future, she said, but there is also the possibility of a new variant — one that is far worse than Omicron — arising.
(By AP writers Maria Cheng and Carla K. Johnson)
Related Stories

Brookfield to hand out N95 masks to residents this week