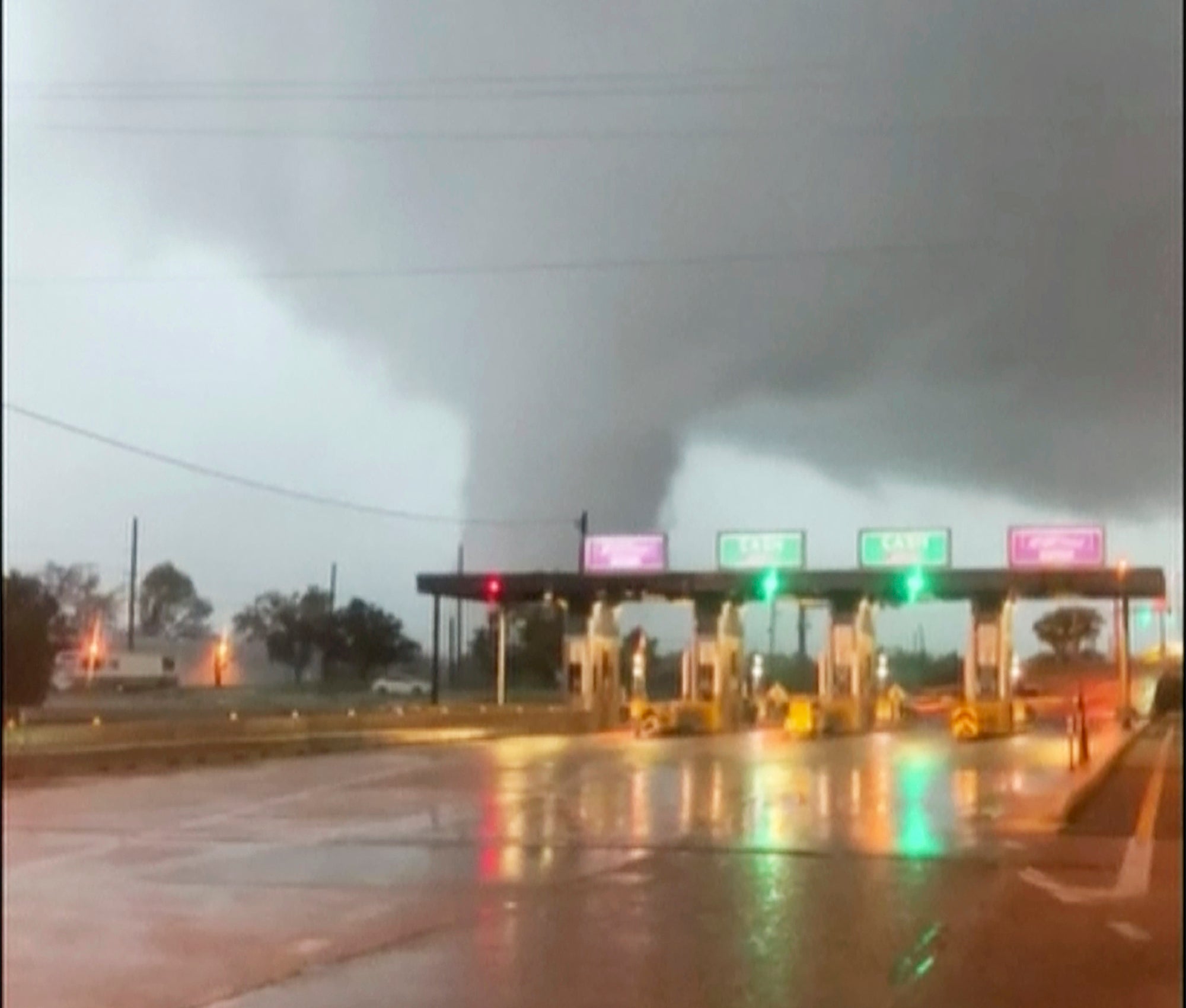 The remnants of Hurricane Ida blew through the mid-Atlantic states Wednesday with at least two tornadoes, heavy winds and drenching rains that collapsed the roof of a U.S. Postal Service building, left cars and roads underwater and sent garbage floating through the streets of New York.
Social media posts showed homes reduced to rubble in a southern New Jersey county just outside Philadelphia, not far from where the National Weather Service confirmed a tornado Wednesday evening. Authorities did not have any immediate information on injuries.
Other video showed water rushing through Newark Liberty International Airport as the storm moved into New York on Wednesday night.
The Port Authority of New York and New Jersey, which operates the airport, tweeted at 10:30 p.m. that all flights were suspended and all parking lots were closed due to severe flooding. All train service to the airport also was suspended.
The National Weather Service recorded 3.15 inches of rain in New York’s Central Park in one hour, far surpassing the 1.94 inches that fell in one hour during Tropical Storm Henri on the night of Aug. 21, which was believed at the time to be the most ever recorded in the park.
New York's FDR Drive, a major artery on the east side of Manhattan, was underwater by late evening and subway stations and tracks became so flooded that the Metropolitan Transportation Authority suspended all service. Videos posted online showed subway riders standing on seats in cars filled with water.
Other videos showed vehicles submerged up to their windows on major roadways in and around the city and garbage floating down a street in Queens.
LIVE UPDATES: Tracking Ida
At the U.S. Open tennis tournament in Queens, television footage showed fans who had watched matches under the Arthur Ashe Stadium's retractable roof slogging through several inches of water as they left.
Few parts of the region were untouched, and residents huddled inside and endured the anxiety brought on by tornado warnings that gradually moved north and east with the storm.
The roof collapsed at the Postal Service building in Kearny, New Jersey, with people inside, police Sgt. Chris Levchak said. Rescue crews were on scene into the night, with no immediate word on the number of people or severity of injuries.
Gov. Phil Murphy declared a state of emergency in all of New Jersey’s 21 counties, urging people to stay off the flooded roads. Meteorologists warned that rivers likely won't crest for a few more days, raising the possibility of more widespread flooding.
Soaking rains prompted the evacuations of thousands of people after water reached dangerous levels at a dam near Johnstown, a Pennsylvania town nicknamed Flood City.
Ida caused countless school and business closures in Pennsylvania. About 150 roadways maintained by the Pennsylvania Department of Transportation were closed and many smaller roadways also were impassable. Several thousand customers were still without power late Wednesday night.
Some areas near Johnstown, whose history includes several deadly floods, saw 5 inches or more of rain by mid-afternoon, an inundation that triggered an evacuation order for those downstream from the Wilmore dam. Nearby Hinckston Run Dam was also being monitored but appeared stable by late afternoon.
Both dams were considered high-hazard dams that are likely to kill someone were they to fail.
Evacuees were taken to a nearby high school with help from the Red Cross, National Guard, local transit authority and school transportation services, he said.
The 1889 Johnstown flood killed 2,200 people, a disaster blamed on poor maintenance on the South Fork Dam on the Little Conemaugh River. It sent a 36-foot wall of water roaring into a populated area at 40 mph (65 kph).
High water drove some from their homes in Maryland and Virginia. The storm killed a teenager, two people were not accounted for and a tornado was believed to have touched down along the Chesapeake Bay in Maryland.
The National Weather Service had predicted flooding from what remained of Hurricane Ida, saying steep terrain and even city streets were particularly vulnerable to a band of severe weather that extended from the Appalachians into Massachusetts.
Flash flooding knocked about 20 homes off their foundations and washed several trailers away in Virginia's mountainous western corner, where about 50 people were rescued and hundreds were evacuated. News outlets reported that one person was unaccounted for in the small mountain community of Hurley.
Water had almost reached the ceilings of basement units when crews arrived at an apartment complex in Rockville, Maryland, on Wednesday. A 19-year-old was found dead, another person was missing and about 200 people from 60 apartments near Rock Creek were displaced, Montgomery County Fire Chief Scott Goldstein said Wednesday.
“In many years I have not seen circumstances like this,” Goldstein said.
Tropical Storm Larry was strengthening and moving quickly westward after forming off the coast of Africa earlier Wednesday. Forecasters predicted it would rapidly intensify in a manner similar to Ida, becoming a major hurricane with top wind speeds of 120 mph (193 kph) by Saturday. Kate remained a tropical depression and was expected to weaken without threatening land.
Related Stories

NYPD: Teen wanted for robbing 14-year-old on 2 train in the Bronx