VOTE 2021 RECAP: What happened around the tri-state on Election Day. 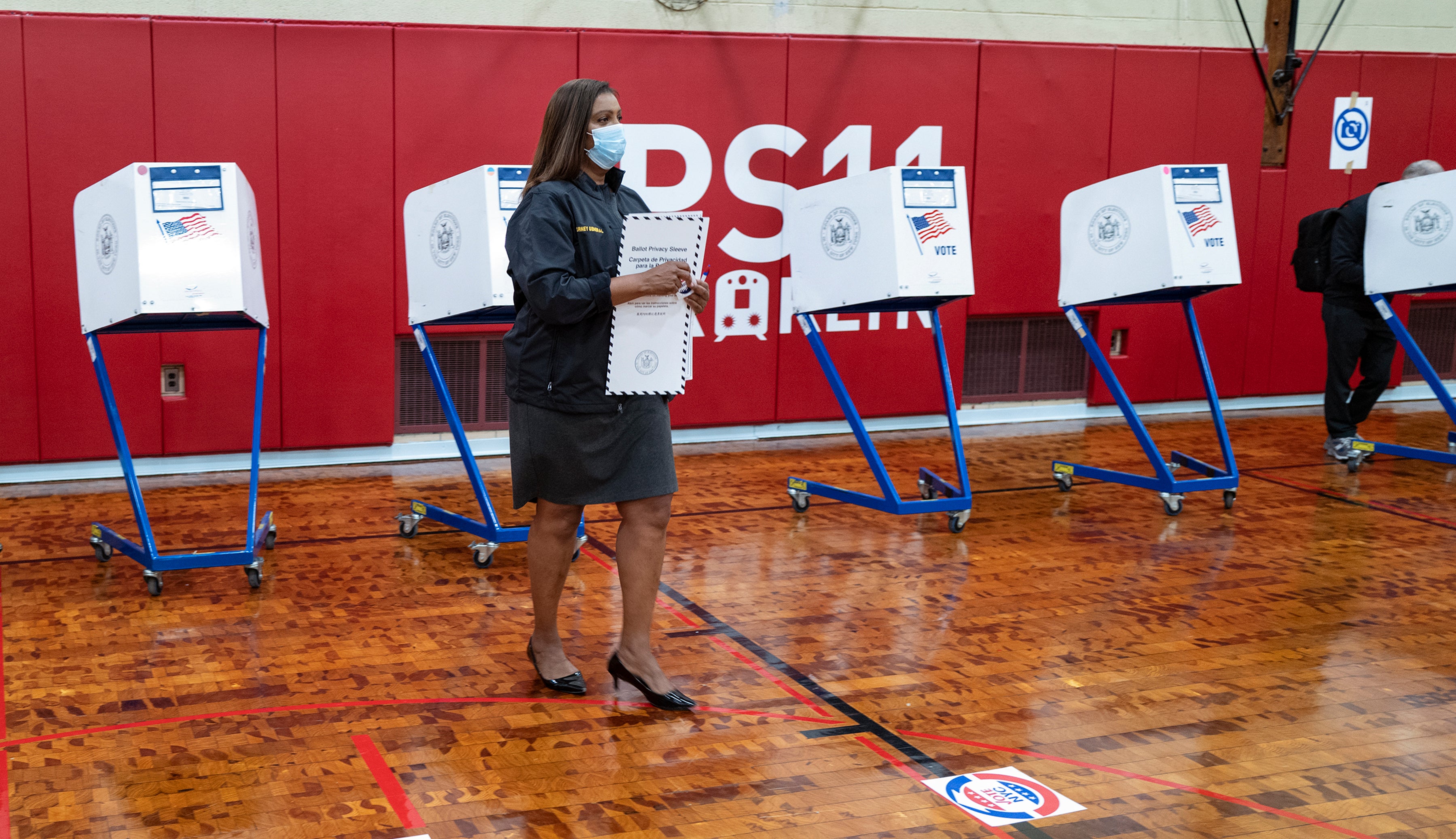 This may have been an off-year election, but there were still some important local races for the tri-state area, including for New Jersey governor and New York City mayor.
Here are some key results from Tuesday's elections:

The big race in New Jersey was for the governorship. The polls closed at 8 p.m. in the state, where Democratic Gov. Phil Murphy was favored in his race against Republican Jack Ciattarelli. The race is too early to call.
Democrats were looking to the Garden State for hopeful signs, but they may not find many, as the race was tighter than some expected.
Murphy has been able to deliver on many liberal priorities, like expanding government funding for widespread prekindergarten and community college, and has the advantage of incumbency that McAuliffe lacks. As such, he may offer more of a model of the position Democrats could be in next year should they manage to pass Biden's agenda. Still, Ciattarelli's strong showing could be another sign of the grim national environment for the Democrats.
MORE: Governor's race has Murphy, Ciattarelli in dead heat
Long lines, Wi-Fi and software problems were some of the issues that marred certain polling places statewide. The ACLU of New Jersey and the League of Women Voters filed a lawsuit to extend voting but was denied by a judge.
MORE: Long lines, Wi-Fi and software problems just some issues for certain polling places
Steve Sweeney, New Jersey's Senate president since 2010, is in a tight race against Republican challenger Edward Durr in New Jersey's 3rd Legislative District. The race is too close to call.
VOTE 2021: See the full election results for New Jersey here.

Former police captain Eric Adams easily won the race for New York mayor Tuesday. Adams, who will become the second Black mayor of the nation's largest city, first triumphed this summer in a crowded Democratic primary after he struck a nuanced stance on law enforcement issues. His message on crime and his experience as a police officer largely insulated him from attacks from his Republican opponent Curtis Sliwa, the founder of the Guardian Angels anti-crime patrol.
MORE: Democrat Eric Adams wins New York City mayoral election
MORE: Eric Adams has been chosen as the next mayor of NYC, so what's next?
Democrat Antonio Reynoso made history becoming the first Latino elected as Brooklyn borough president.
VOTE 2021: See the full election results for New York City here.

Many of the biggest races in Westchester look like they are going into the Democratic win column.
Westchester County Executive George Latimer has declared victory in his reelection bid. The incumbent faced off against Republican Christine Sculti and took just under 60% of the vote.
It appears there is going to be a first-time politician as Yonkers City Council president. Democrat Lakisha Collins-Bellamy declared victory in the race Tuesday evening.
It was an historic night in Peekskill as voters elected the city's first Black woman as mayor. Vivian McKenzie celebrated the win at a watch party in downtown Peekskill.
Republicans may take home one significant victory as James Nolan declared victory over incumbent Democrat Ruth Walter in the District 15 State Legislature race.
MORE: County executive and Yonkers City Council president races look like wins for Democrats
VOTE 2021: See the full election results for Westchester here.
In Rockland County, Ed Day declared victory in his reelection bid for county executive. Day was running against Democratic newcomer L'Tanya Watkins.
MORE: Ed Day declares victory in reelection bid for Rockland County executive
VOTE 2021: See the full election results for Hudson Valley here.
Related Stories

5 proposals on the ballot in New York this Election Day

Early primary voting starts this weekend - Are you ready for ranked choice voting?