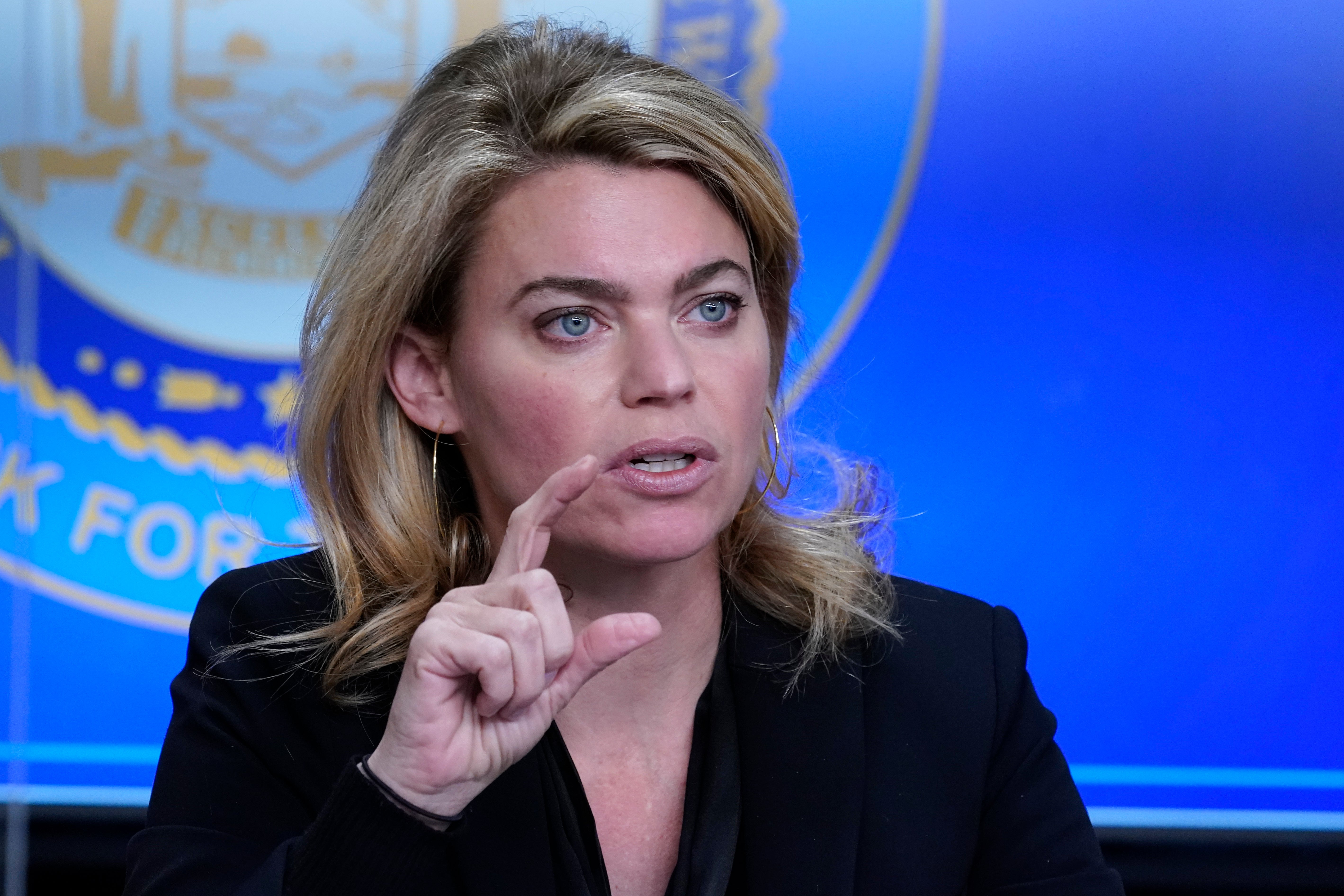 Sarah Feinberg was nominated Tuesday by Gov. Andrew Cuomo to lead the MTA, replacing Chairman and Chief Executive Patrick Foye next month.
If approved, Feinberg would serve as chair and Janno Lieber, the current chief development officer at the MTA, would be appointed to serve as the agency’s chief executive, running day-to-day operations and overseeing capital spending.
"Sarah, Janno and Pat are not only fiercely dedicated public servants, but proven leaders who kept the metropolitan region's transportation network operating efficiently through the worst public health crisis in a generation, and thanks to their tireless efforts, our essential workers were able to get to their destinations and help save lives," Gov. Cuomo said. "Moreover, they oversaw and pushed through historic change and construction progress across the MTA, giving the system the upgrades that will better serve riders for generations. On behalf of all New Yorkers, I thank all three of them for their ongoing service and have full confidence they will continue to work their hearts out in their new roles."
The news of the shakeup at the MTA was first reported by the Wall Street Journal.
According to the article, Foye is expected to be appointed as interim president and CEO at the state’s economic development arm, Empire State Development.
“I am proud of the way the MTA prepared for and responded to the pandemic, and the way our heroic employees – heroes moving heroes – carried first responders and essential workers to the frontlines to do their jobs," according to a written statement by Foye. "...I know the strong gains we have made will continue under Sarah and Janno’s watch."
The changes are expected to take effect on July 30.
Feinberg led the New York City Transit Authority through the worst public health crisis in over a century.
"I am thrilled to be stepping into a position that allows me to continue to play a significant role in how our subway and bus systems operate, but to also have even more of an impact in shaping the future of the agency, and of transportation in this city and region,” she said in a written statement. “There should be no higher priority than ensuring we are doing all we can to bring ridership back - and as ridership comes back, so will the city's economic recovery."
Lieber will serve as CEO after shaping the agency’s $51.5 billion Capital Plan and driving the agency’s construction efforts during the pandemic as president of MTA Construction & Development.
“The COVID crisis proved – once again – that mass transit is New York’s linchpin, in good times and bad,” he said in a statement. “Now we need to keep building a system that connects people from all communities to jobs, education and opportunity. I look forward to taking on this important new role and to lead MTA in support of the New York City region’s economic revival.”
Related Stories

AAA: 4.1 million people expected to travel by air over the holiday

Bee-Line bus riders weigh in on service across Westchester